Jenny Johnson is a soulful, cutting edge artist of the americana persuasion. her music is a modern day twist on the singer/songwriter, guitar driven sound of the 1970’s that inspired her. Her belief is that you get what you pay for in this life and it is up to you to make a difference as a positive example to others. "Share your experiences of success and disappointments with no fear."  Her method of doing so is to write and sing about the triumphs and the tragedies of life, love,  and the pursuit thereof. She began writing songs at the age of 18 and since the early 2000's she’s taken every opportunity to learn the craft by performing and co-writing with other artists in Nashville and surrounding areas. Her third studio release of new music, “Sage”, is now available on all streaming platforms. “Singing is how I speak best to others, and I believe that I can share my adventures in a way that everyone appreciates and understands."

Collaboration with Debra Lynn of Mt. Juliet, TN. This was originally released as a part of the Long Way Home EP but now stands alone as a single song release.

Once again, I am at the beginning of yet another trip around the sun! February 2022 marks the beginning of my 53rd year. I truly cannot say the previous year was not interesting with new venues and starting a new project in a Nashville recording studio. I also made a move back to the city where I have spent most of my adult life. Now, the city is not really where I feel most at home because I'm a country girl at heart. Peace and quiet is very good for an older soul and something we all greatly need in our lives due to events that have stretched on to two years.  I am a woman of Faith, so I am a great believer in life being exactly what you make it. More changes will be coming as well for me but today I am here to tell you what we are up to in the music realm of things.

I truly feel blessed to be planning another year musically. Professionally I have been doing the same, but music (my semi-profession) has a lot of input into my happiness. Creative folks have to make music, art, etc. Whatever your medium, sometimes your complete happiness will depend on what you are doing with your craft.  I am also truly blessed with my dear friend and drummer, Tito Walker, who gets us into the new venues to share my music. As luck would have it, I was privileged to end last year on a seriously high note. After twenty years of playing things came full circle as my band and I played the Sutler Saloon in Nashville. When I started my semi-pro career in music and sharing my songs with the public, my first writer's shows were on Sunday nights at the old Sutler location. It was in the same strip as the present-day venue, it's just a lot more fancy now. At least two Sundays out of every month I would sign up on the sheet at the end of the bar to play my songs for folks and it became kind of a second home. Donnie Winters ran the sound board but he was out of view. Every once in a while he would join in and play dobro on your song, which I found very flattering. It was later when I found out how he and his brothers were very well known on the scene. Fast forward into 2021, I was back at the Sutler with my band (that would shortly become the Simple Saints) on December 23rd. This was kind of an audition for the coming year. If they liked us, we would be in rotation for the coming year of gigs there. Well, we impressed them apparently! We just secured three shows with them recently and I couldn't be more proud of our little band. Was it the music? Our enthusiasm? Lord, I hope so because we loved every minute on that stage. We had our second appearance on February 4th to a mighty near full house. It was a major success. We all had friends come out to support us which I was happy to see. I want feedback on what we are doing and how my music is evolving. A cold, cold February night left us warm and satisfied on our direction as a band. Never in a million years did I think I would be still playing, writing, and recording after all these years. But despite all my misadventures in life that slowed me down a bit, I have pressed on. When I get discouraged or I don't know which way to go, I ask my Father what I should do. You know what He says ...... " sing, Jenny. "

This is my birth month. I no longer fear the 19th as I have passed the mark where a woman should be worried about such. Turning 40 was a breeze and I remember enjoying that day much more than I did turning 30. When 50 rolled around, I was unemployed with a three months severance package knowing I was starting over in the working world. Strangely, I wasn't afraid of what was to come. I felt some confidence in my ability to move forward to what will be the last years in the working world. I found a great job and went on with my life as if nothing happened. Since then my Faith has continued to grow and it provides me with more strength than I ever imagined that it could. I can't turn back the clock, but I can most certainly continue to grow in all aspects of my life. One of the few things that has not changed about me is I have always wanted to be a good example to others.

Two years on, I don't feel much different than I did when I was 20. Though I can say I am much happier and making better decisions! My music continues to evolve into more than I ever dreamed. I still have a strong passion to write, play, sing, and record. And I will continue doing this until I cannot do so any longer. Truly I believe that day will never come as long as I keep pushing forward and challenging myself. I have been so blessed in my life with a musical family that I treasure. There are so many things I want to accomplish and I will do just that. It's been a long time since I was the teenage dreamer in my bedroom in my parents house. Listening to the music that I loved, learning songs, figuring out arrangements. Dreams became a passion. Music became the other half of my creativity and it never ceases to bring me joy.

What is your passion in life? What do you love to do most with your spare time? Serving others, donating your time....there's a chance you may not even have discovered it yet. Take a chance and a moment from your day to find out. You just may discover why you are here on this earth. Truly I tell you, it is a game changer in the most important way...

Wow! What a year 2020 was (understatement, I know)! For so many working musicians, the events in the month of March 2020 shut down live music and their means of income for the year. Just like that -- and there is still no word on resuming, though we are hopeful this year will not repeat itself. I have absolute Faith it will not because musicians are creative and resourceful beings. We will not be kept down in 2021!

So much new music was released last year. Folks made well with the time spent off the road. I had already begun a recording project in the fall of 2019, so I had every intention of seeing it through to the end. The question was if I should wait and hold it back from release, which I ended up not delaying. The musicians and I worked for over eight months on the project and I was eager for people to hear it. It was also inspiring to see all the FaceBook live concerts and events. No matter your level of fame, everyone found a way to keep their fans engaged in their careers and new musical pursuits. When the 'stay at home' order lifted, there was a bit of a stampede getting back to the club circuit. I am fortunate to live an hour outside of Nashville, so when a small bar in my neck of the woods called wanting me to play in early summer, I was thrilled. That led to several other gigs including the Wartrace Music Fest series in July. It was largely due to "being at the right time and in the right place doing the right thing" (my old high school principle's famous quote). I was in the process of final mixes for my album "Sage" at the studio when the booking agent/promoter happened to call my engineer looking for opening acts. I leapt at the chance to promote the album and was so grateful for the opportunity. I hired a backing band of wonderful fellas who loved the music and were excited to be playing an outdoor event with all the restrictions in other venues. I usually perform solo or with a trio of my friends from Nashville so this was a treat for all involved. We put a very different spin on the songs from the album (I debuted my Fender Strat named "Layla"), and we managed to make a little money to boot!

Then, a local radio station in Murfreesboro, 89.5 WMOT Roots Radio, played track #7 from the new album on the air (twice) two weeks after the release in October!! Again, I have very high hopes that other tunes will get a spin on the WMOT as well, so keeping in mind a lot of artist's released new material lately, I'm about to start sending emails again---LOL. Networking is a full time job but I am up for the task.

So here we are in 2021. No worse for the wear, not afraid; full of inspiration despite the previous months. Each January I plan the year personally and musically then resume my playing schedule in February. My goals will be higher for this year. I still have a new album of great material to promote. There are venues out there I have never played that I want to experience. I want to do at least two album release parties that didn't happen last year with those nice fellas I met and hired to be my band (and now are my friends). The point is I plan to make the most of what is given to me. Opportunities do not come to you if you are negative or if you're a "no" person when a smaller venues want to book you. No matter how big or small, each gig is a gift to me. An opportunity to share my music and a bit of my soul for a moment. In my humble opinion, if you say no to the small venues, you're not worthy of the big ones. Guess who has a gig on January 30th??So stay positive, keep playing, and be grateful for another trip around the sun. Let's raise a glass and toast the promise of a new year -- and may God Bless you all on this journey. 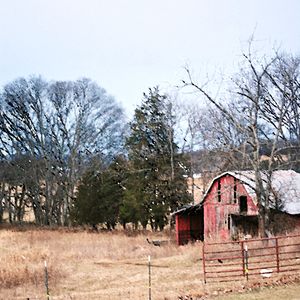